Marofatsy is the second of six villages we will be working in and is a further 5km into the bush. The good weather has made a huge difference to trekking through the jungle.   Last year all the paths were soaked and muddy. One step forward preceded a half-slip back. Now that the clay has hardened after three weeks without rain, the walking speed has doubled and it took only 1hr30 to get to Marofatsy from Ambohitelo (over three hours walk in the rain last year).

It was great to see familiar faces in this beautifully peaceful place and as a team, we feel as though we are beginning to integrate with the with the community. During the first year here we had to be very sensitive to the community knowing that almost none of the people would have seen a Vazaha (white foreigner) before. 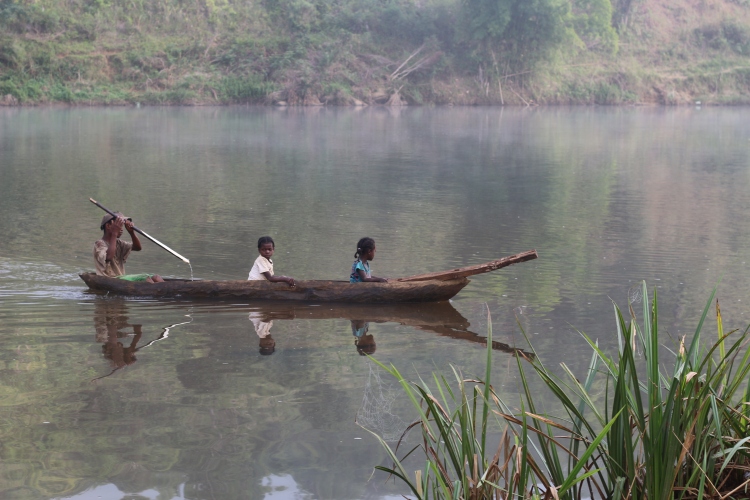 On our first day we held a meeting with the village leaders, elders, teachers and parents. After introducing the project we showed laminated photographs from the work from the previous year to educate them of our results. One main aim of this meeting is to start to work more with the locals in order find solutions to the schistosomiasis problem – for example, work out the best ways for them to stop going into the river, how to reach out to more children to encourage them to come to the treatment (MDA) day. Their answers are illuminating: the reason 25% of the children did not come for treatment last year may have been because they were concerned that as Vazaha, we would eat their organs and drink their blood: old rural traditional tales. However, the village elders assure us that now we have returned again, the locals are becoming used to our presence and are feeling more trusting. We next heard that more than 90% of the population pan for gold for at least six months of the year during the dry season, and that children will help their parents pan from the age of 6. A morning spent panning for gold will earn enough money to feed the family for the rest of the same day. Combating this will not be so straight forward and it is becoming more apparent the need to provide treatment to as many people as possible.

We are based in a bamboo/wooden hut, which is split in two: one half is our research ‘lab’ and the other is our ‘bedroom’.   One evening, after a long day of microscopy, I went across to the living area to find Anjara standing on a wooden pillar looking into the roof and James and Kate poking sticks between the bamboo panels trying to separate them. Earlier that day Isla had tried to prevent a chicken from getting into the hut but hadn’t managed, and it had ended up in the roof. James’ hat is filled with four eggs which they had managed to ease through the cracks in the roof, beneath the chicken’s bottom where she had been sitting!   They made a very welcoming omelette the following morning, along with a very large bowl of stodgy rice of course.

My penultimate day in Marofatsy involved a 45 minute trek up the rolling hills to the nearby waterfall.  This gave us a chance to wash for the first time in 10 days, and for the rest of the team will be their only wash for the next three weeks!  The views span across the valleys and this gave Corty a great chance to get the drone out to get some shots of the waterfall and the Nosivolo River weaving between the hills and villages.

Unfortunately for me, the trip has to end in Marofatsy – I have to return for work at the Royal United Hospital, in Bath where I have a night shift ahead in the Medical Assessment Unit. A full year’s work has boiled down to 10 days in the field and it has been completely worth it. The project is one I am passionate about, and my team-mates have become great friends who I am incredibly proud to work alongside. It only seems right now to leave the team under James and Corty’s leadership and direction. Jemima, Kate and Isla have seamlessly settled into life in remote Marolambo, and everyone has got their own roles and tasks making the project work smoothly and efficiently. 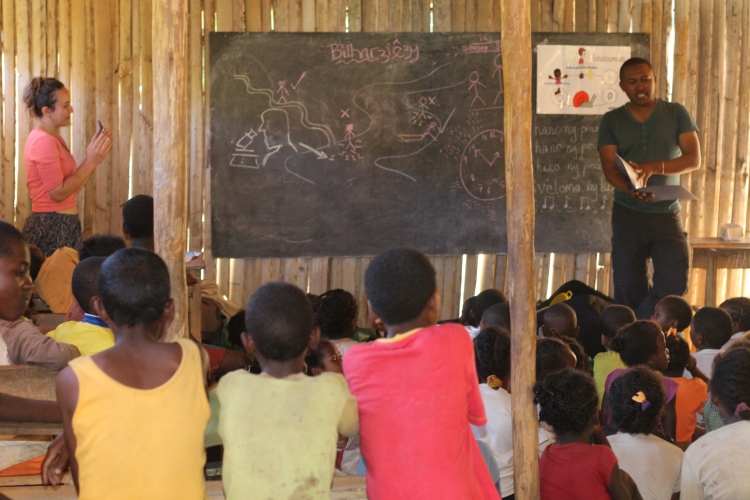 My walk back through to Marolambo was fast and hot, and the flight back to Tana even quicker with very few clouds in the sky. My final night in Madagascar was spent with Ange and Simon Peers who have a beautiful house on the top of a hill in the capital city next to the Queen’s Palace. 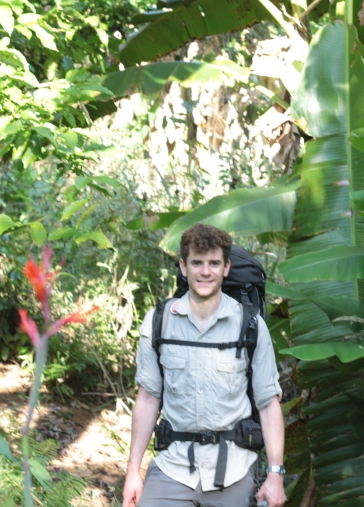 Although sad that I have had to leave another expedition early for work, I have had a great time, it’s been a pleasure to work such a great team who are getting on with an arduous and very basic life style, very well indeed. They have four villages left and I wish them the best of luck, health and enjoyment as they proceed further into the bush to carry out this vital work.